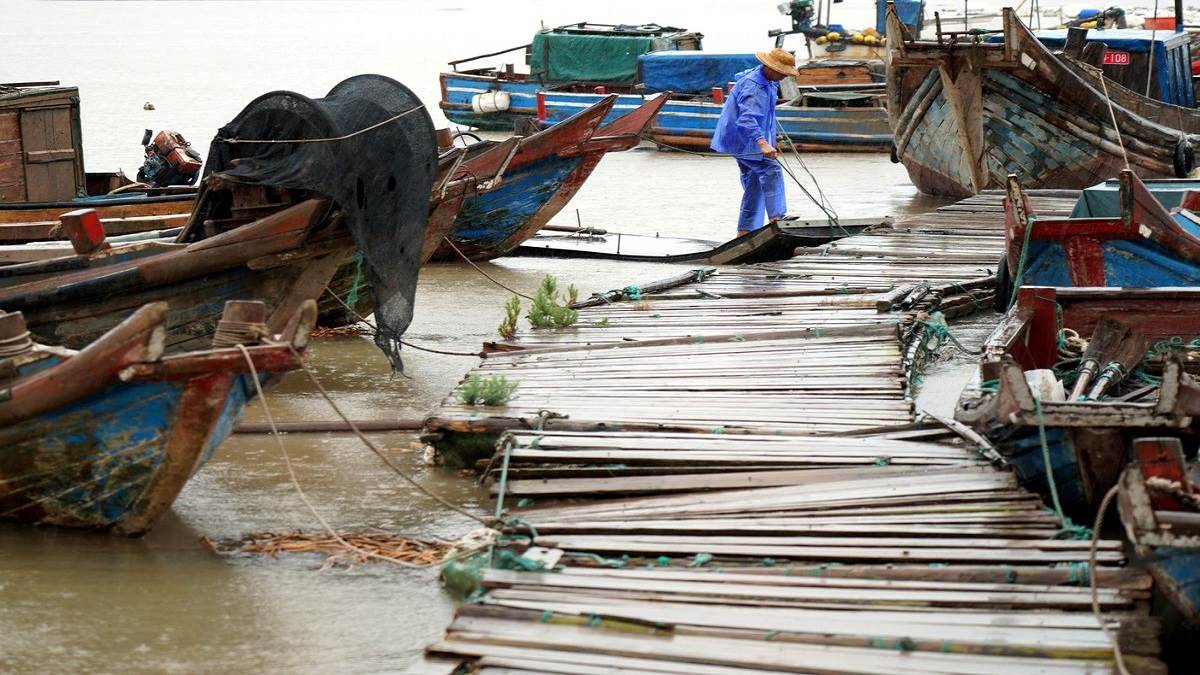 Beijing Typhoon Muifa, one of the worst storms of the year, slammed China’s eastern province of Zhejiang on Wednesday, prompting authorities to force ships to return to port, close schools, and evacuate visitors from neighbouring islands. is approaching. Tuesday saw the intensification of Typhoon Muifa as it approached the twin port cities of Ningbo and Zhoushan, which is one of China’s second-busiest seaports for freight.

The typhoon was anticipated to make landfall, according to state media. The eastern and southern coastal regions are experiencing severe rains between Wenling and Zhoushan. Waves of up to 5 metres were predicted in Shanghai, China’s busiest port, according to the official Xinhua news agency. From Tuesday evening, several port operations in Shanghai, including those at the Yangshan terminal and others, will be suspended. And Shanghai International Shipping will cease all operations on Wednesday morning.

13,000 people evacuated from Zhoushan because of Muifa

On Tuesday, China Southern Airlines announced that it had cancelled 25 flights to Shanghai airports and that it would be cancelling an additional 11 flights on Wednesday. About 13,000 people, according to state television, were evacuated from islands and tourism destinations close to Zhoushan.

According to state media, some 7,400 commercial ships, including those from Zhoushan, Ningbo, and Taizhou, took refuge in Zhejiang ports while passenger ship lines were suspended across the province. 42.26 million people live in the three cities together with Shanghai. All fishing boats were instructed to return by midday by the Zhejiang authorities. As a result, Wednesday’s school shutdown has been imposed by the same Ningbo, Zhoushan, and Taizhou.