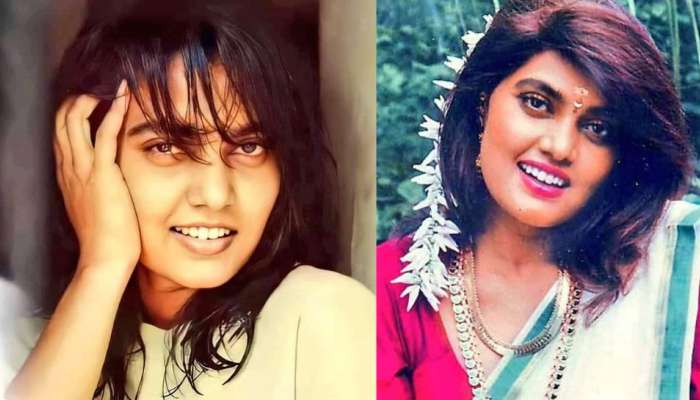 Silk Smitha, who was popular among the general public in the South Indian film industry and was born Vijayalakshmi Vadlapati into a Telugu family, was regarded as the queen of sensuality. The late actress had a great dancing career that spanned 17 years, and she made appearances in more than 450 movies. However, a terrible turn in her life led to her suicide in 1996 at the age of 35. Here is a look at all you need to know about the most contentious yet well-liked actress in South Indian cinema on the anniversary of her passing, which is today, September 23.

Silk Smitha was made to marry when she was just 14 years old. Without her awareness, her parents had arranged for her wedding. A few years later, she managed to flee her forced union, moving to Chennai.

She received a lot of attention thanks to her first significant role in the Tamil movie Vandichakkaram. She went by the screen name “Silk,” which was also the name of the character she played in the film. However, she was inexorably typecast for her parts in the movies. She was stuck in a stereotype. She subsequently worked in Tamil, Malayalam, Telugu, Kannada, and a few Hindi films. She became the Southern region’s ultimate representation of sensuality thanks to her acclaimed dance performances in films like Moondru Mugam, Amaran, and Halli Meshtru (in Kannada).

Balu Mahendra’s Moondram Pirai, which was dubbed in Hindi as Sadma, featured a stellar cast that included Sridevi, Kamal Hassan, and Silk Smitha in their respective parts. She was at the height of her career at this time. Her cinematic career was impacted by the movie.

She was an introvert with a small group of close friends. Vinu Chakravarthy, a late actor, and director was the one who first noticed Silk Smitha. He assisted her and set up acting and dancing lessons. She was cast as a barmaid in Vandichakkaram in 1980.

Smitha, a 35-year-old Chennai resident, was discovered dead at her flat on the morning of September 23, 1996. She allegedly committed suicide. She reportedly made this bold decision as a result of financial stress and numerous unsuccessful romances. A letter she wrote herself was discovered at her house during the police investigation.

She said, “Only I know how hard I struggled to become an actor,” in Telugu to English translation. I was unloved. Only Babu (Dr. Radhakrishnan) gave me a modicum of affection. My work would be misused by everyone. I aspire to do so many things in life.

There is a desire to accomplish them all as well. But wherever I go, I cannot find tranquility. I found everyone’s behavior to be alarming. Maybe; I find death fascinating. For everyone, I did well. And yet, this is how my life is? God, what justification is this? Babu will receive half of the property I earned. I truly, deeply, and sincerely enjoyed it. I only had faith that he wouldn’t betray me. But he betrayed me.
If a God exists, he will undoubtedly suffer punishment. His verbal assault on me was intolerable to me. I felt pain every day. They believe what they are doing to be just. The group also includes Babu. The jewelry he purchased from me was not returned by him. No longer does it matter if I have lived. Just why did God make me? I was strongly tempted by Ramu and Radhakrishnan. I’ve gone above and above for them. However, they were squeezing me to death.

My body was utilized by many people. Many others have profited from my efforts. I only thank Babu. I thank no one else. Someone has been promising to give me life for the past five years. Do you realize how much I yearned for that existence? But I was worn out when I realized it was all just words. I can no longer take it. It was quite challenging for me to write this letter. I’m not even purchasing the jewelry I really want. Who will obtain it at this time? I’m not sure.

In a previous interview, famous Kannada actor Ravichandran said that Smitha may have called him hours earlier to tell him something upsetting. On September 23, 1996, he stated, “I was busy shooting and was astonished to see Smitha trying desperately to reach me a couple of times. Due to terrible connectivity, I tried to phone her but was unable to reach her. I assumed the call was routine. To my horror, I learned the next day that Smitha had murdered herself. I dread to consider why she would have called in the first place. Even I am now plagued by this.”