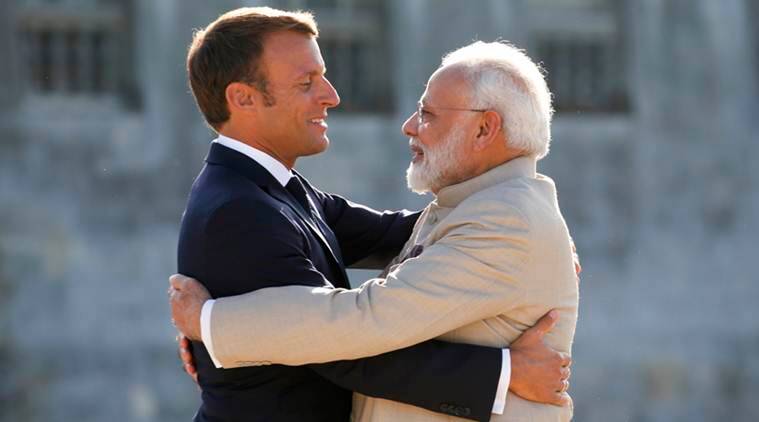 India’s Relations with France Catherine Colonna, the foreign minister of France, will be in India for two days starting on September 14. On the first day of his visit, he spoke to the students of Lady Shri Ram College and predicted that there would be 20,000 Indian students studying in France by the year 2025.

French Foreign Minister Catherine Colonna announced on Wednesday that her nation has set a goal of enrolling 20,000 Indian students in higher education by 2025 in order to support the student exchange program. He said, “People-to-people contact is crucial… We want 20,000 Indian students in France by 2025,” in a speech to the Lady Shri Ram College students present. Our starting point is quite near to 5000, so our goal is very ambitious.

Our business schools are well-regarded, Katherine remarked. We put a lot of effort into developing our skills. He next met S Jaishankar, the minister of external affairs, at Hyderabad House.

Colonna stressed the mobility of students between the two nations during his first official visit to India, adding that “a strong people-to-people interaction is essential.” The Partnership Agreement on Migration and Mobility, which went into effect on October 1, 2021, has the full support of India and France.

Prime Minister Narendra Modi met with French President Emmanuel Macron during the third leg of his three-nation European tour in May. The two leaders discussed illegal migration between the two nations. discussed strategies for boosting student, professional, and skilled worker mobility while stepping up their efforts to address the issue. He emphasized the close relationships between France and India, saying, “Our alliance for decades is not only strategic; it also unites our hearts and brains.”

The French Foreign Minister mentioned gender equality and stated, “We have created an international plan on gender equality (2018-2022), which incorporates all external actions of France. This plan aims to strengthen the institutional culture of gender equality and give gender issues serious consideration within the Ministry and its agencies. We are developing a new plan that will be introduced in 2023.

He also mentioned how Mexico and UN Women, together with his own nation, are hosting the Generation Equality Forum in 2021. A support fund for feminist organizations in the Global South was also established by President Emmanuel Macron. Additionally, according to French law, by 2025, 75 percent of the programs funded by France’s official development assistance must support the advancement of gender equality.

Macron would be overjoyed to return to India.

He noted the 75th anniversary of diplomatic connections between France and India and added, “We shall commemorate 25 years of Indo-French strategic relationships next year” (in 1998, India and France entered into a strategic partnership). We are dependable and powerful allies. The fact that my president, Emmanuel Macron, will be returning to India to celebrate the Strategic Partnership’s anniversary would make him extremely happy.

Colona is in India for a two-day visit.

From September 14 to 15, Colona will be touring India. Prior to the 25th anniversary of the Indo-French strategic relationship the following year, they intend to advance an ambitious agenda of strengthening and extending it. The trip also shows France’s unshakeable dedication to the Indo-Pacific region and its determination to cooperate with India to discover global problems with shared solutions.

On September 14, Minister Colonna will meet with Indian Prime Minister Narendra Modi to express France’s unwavering support for India’s upcoming G20 presidency. After that, she will converse with External Affairs Minister Jaishankar about local and international matters of importance as well as those being discussed by the UN Security Council, which is now being presided over by France.

Ajit Doval, the national security adviser, will also be there.

In addition, the French Foreign Minister will meet with Ajit Doval, the National Security Advisor, to discuss regional and international security issues, improve defence cooperation, and implement France’s counterterrorism cooperation with India, which will this year see the hosting of the conference titled “No Money for Terror.”

On September 15, Colonna will fly to Mumbai as part of the tour in order to visit business executives and the location.