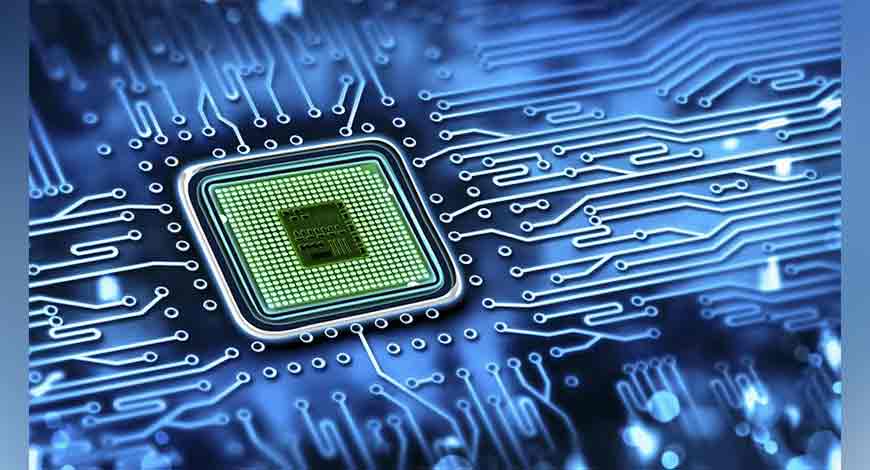 In terms of semiconductors, India will now become independent. In order to establish a semiconductor and display FAB manufacturing facility, the Gujarat government and the Indian conglomerate Vedanta and the world’s largest manufacturer of electronics, Foxconn, inked a Memorandum of Understanding (MoU). At a gathering in Gandhinagar, the MoU was signed in the presence of CM Bhupendra Patel and Union Minister Ashwini Vaishnav.

Vedanta-Foxconn picked Gujarat for its semiconductor plant in order to establish a strong manufacturing base in India, according to Vedanta Group Chairman Anil Agarwal. A memorandum of understanding (MoU) was inked with the state government to build a semiconductor facility for around Rs 1.54 lakh crore.

the record investment of Rs 1.54 trillion made by Vedanta

Aggarwal tweeted that history has been made. I’m happy to announce that Gujarat will host the new Vedanta-Foxconn Semiconductor Plant. The unprecedented investment of Rs 1.54 lakh crore by Vedanta will contribute to the realisation of an independent Silicon Valley in India.

He added that the initiative would create 1 lakh direct skilled jobs in addition to lowering India’s reliance on imported electronics. It will benefit the nation’s industrial industry.

He added that I am extremely grateful to the Gujarati government and the Union IT Minister for assisting Vedanta in resolving matters so speedily. Every state will gain through the development of new electronics manufacturing hubs as India’s digital ecosystem expands.

According to a tweet from the Vedanta chairman, India’s own Silicon Valley has advanced. India will address the digital requirements of its own citizens as well as those living across the seas, he tweeted. Jai Hind, the path from chip taker to chip creator has begun! ‘

Know everything about Gujarat’s future as a semiconductor powerhouse as a result of Vedanta-JV Foxconn’s reaching Ahmedabad.

The Vedanta-Foxconn joint venture has not been granted incentives or tax breaks by the Maharashtra government. Vedanta travelled to Gujarat to build a semiconductor factory as a result.Gujarat will house the joint venture’s display fabrication and semiconductor plant, which was founded by Vedanta and Foxconn.

The manufacture of smart cars, cellphones, computers, consumer products, and other items has been greatly impacted during the past two years as a result of the global semiconductor or chip crisis. The government has introduced the Performance Linked Incentive (PLI) scheme, which aims to turn India become a global leader in semiconductor production. Gujarat has been chosen as the location for the display fabrication and semiconductor facility by a joint venture between Vedanta and Foxconn. This information was provided by those involved in the situation.

Gujarat has the potential to become the world’s semiconductor powerhouse thanks to Vedanta’s plan. A person with knowledge of the situation said, “The joint venture of Vedanta and Foxconn is looking for 1000 acres of land on the outskirts of Ahmedabad. Along with this, Vedanta and Foxconn have received some incentives from the government. And they have also demanded tax exemption. This area is excellent in terms of connectivity.

A decision can be made soon as long as negotiations on this issue continue. According to a different person involved in the situation, Vedanta and Foxconn’s joint venture is already far along. They have decided to invest in Gujarat, and a contract might be inked and made public this week.Mining behemoth Vedanta launched a joint venture with Taiwan-based Technology Group in February of this year. Vedanta had stated its intention to produce semiconductors in India. The Indian government seeks to support the nation’s semiconductor and display production systems.

Over the next five years, Vedanta stated it will invest $15 billion in the semiconductor and display fabrication industries. The Maharashtra government had had discussions with Vedanta and Foxconn. Vedanta was in talks to locate its manufacturing in Pune’s electronic cluster, Maharashtra said in July.

People with knowledge of the situation claim that the Maharashtra government has refused to grant the corporation tax exemptions and incentives. Vedanta plans to visit Gujarat for the semiconductor facility as a result.