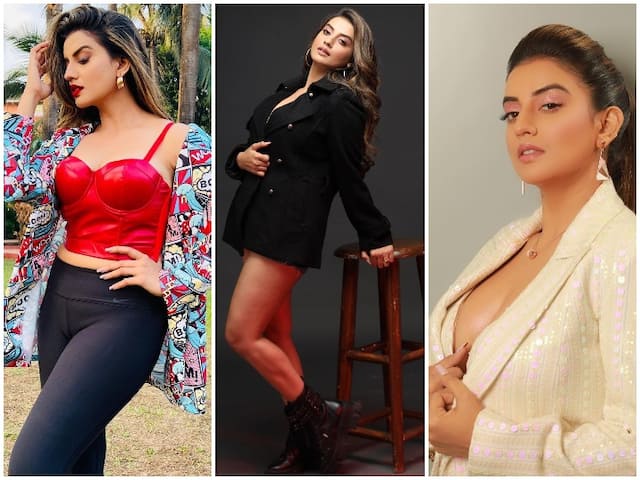 The leak of Akshara Singh‘s MMS Recent social media leaks include a private video of Bigg Boss OTT participant, Akshara Singh. Since then, followers have been scouring YouTube for Akshara Singh’s video.

Akshara Singh, a Bigg Boss OTT contestant, has recently made the news. People are looking for and seeing Akshara’s films as a result of her recent pornographic MMS that went viral. A different video of the actress is still being talked about today. Akshara Singh and her favorite co-star Pawan Singh display scorching chemistry in this song from the movie “Macha Luto.”

The Bhojpuri film industry’s Akshara Singh and Pawan Singh team ignites the screen. Millions of people love this screen’s intense chemistry. On YouTube, the song “Humhu Jawan Bani Tu Jawan” has recently caused concern. People are falling in love with both due to their outstanding performances in the song. 9.1 million people have viewed this video as of now. This music is rapidly downloading.

Let us explain that although this song was released in 2019, it gained attention once more following the MMS incident involving Akshara Singh. Akshara-dance Pawan’s and the song’s lyrics are once more making headlines. The name of the Bhojpuri movie is spreading around the globe as well. Its stars of it are rising to fame on a global scale.

He just recently posted a video. where Akshara Singh made an extremely lovely appearance. Remind yourself that this actress, who enchanted audiences with her sense of style, was also a 2017 Bigg Boss OTT contestant. He got into a direct fight on television with Shamita Shetty, the sister of Shilpa Shetty. Despite being soon eliminated, the actress’s game was well-liked by the audience.

Let us inform you that Akshara Singh recently ended her silence on the release of her personal footage. He replied I don’t know who committed such a clumsy act in the filthy MMS case. Those who watched their film simultaneously began asking, “Have you seen me in that video?” after downloading it from the internet. If not, why do you spread misinformation?